What Our Clients Say

“Thank you for my lovely treatment today. Fabulous”

“Lorena is the best in the business and I would not hesitate recommending her (or the clinics) if you want exceptional results with laughs thrown in, this is your lady.”

Stephanie Pratt – Made in Chelsea and The Hills

” I highly recommend Lorena Oberg Skincare, I had fantastic results, and thank you for my DermaEraze Miracle Oil” 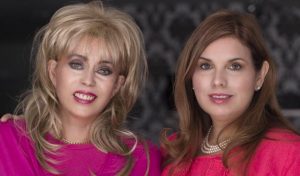 “Having my eyebrows and eyeliner done by Lorena has taken years off my face. I’m thrilled with the results and would definitely recommend her to anyone who is considering semi-permanent make-up. Thank you!”

“Lorena did my eyebrows as I didn’t have any before. They look so natural it’s great. I didn’t think they would look so good.”

“I had a birthmark on my cheek which i have wanted to have removed for years. After only 1 session you could barely see it. I’m really happy with it.”

I had stretch marks which I hated, after one treatment for stretch mark removal I was amazed at the results. I couldn’t be happier and would recommend Lorena without hesitation.

I came in for medical tattooing as I had always struggled with body image after I had undergone surgery. Have to say was scared in the beginning about the whole process but after the initial consultation with Lorena, I felt so comfortable and decided to go ahead with it. I’m glad I did because I have never felt more confident within myself than I do right now and happy with the results, thanks to Lorena. I had travelled from Birmingham to get this treatment done and it was definitely worth it.

I started going to Lorena Oberg’s clinic in 2011 for hyper pigmented scar treatment.  Prior to this, I had been trying different laser clinics, hospitals and health centres in South East England since 2004.  I had experienced every type of scar reduction treatment at these centres, to include dermabrasion, micro dermabrasion and laser treatment.  None of these worked very well as the scars were quite deep and the laser treatment kept missing the problem.  All these treatments continued for 7 long years, and thousands of pounds later!!!

In desperation and with my scars still unresponsive to the treatment and looking worse than ever, I  tenaciously surfed the internet yet again, literally thinking to myself “there must be some organisation out there that can assist me with this, there has to be, I must have missed it”  I was very despondent at this point, as I had spent vast amounts of money, to be told by each and every organisation “the scars are looking so much better now” when it was completely obvious they were not.

One particular weekend, I literally stumbled on an advertisement in Caterham entitled “Rejuvi Non Laser Tattoo Removal”.  This very much appealed to me straight away, as I had tattoo pigment in the scars, which looked terrible, and I wanted it removed as soon as possible.  I left Lorena a message to call me, and she did so the very next day.

When I arrived at the clinic, I was amazed by Lorena’s extremely kind, considerate and understanding approach to what I had recently been through.  She certainly understood the cosmetic industry very well, from the fluent, straightforward and honest way that she explained her procedures to me.  I ended up having 3 Rejuvi treatments which worked like a dream to remove the tattoo pigment.  I was very impressed indeed and have continued using Lorena to this very day.  I have gone on to have further scar reduction treatments at her Caterham clinic, with the scars rapidly diminishing.  In September 2013, I had my eyebrows tattooed by Lorena and literally every person I came into contact with, have commented on how accurate they look.  If I could, I would recommend Lorena to everyone – “thank goodness for talented people like her and the magic she performs”  I honestly don’t know where I would be today without her.  Best of all, Lorena will tell me very clearly, when I have had enough treatments on a particular area of my body and don’t need to spend out any more money.  Lorena initially trained in the United States and is very highly qualified in her field.  When I first met up with her in Caterham, I quizzed her very carefully to ascertain if she was telling me the truth, having heard so many exaggerations in the past.  For anyone who has experienced a similar situation to me, I would say with my hand on my heart, call Lorenaimmediately.  Do NOT waste another moment, or throw any more money away.  There are literally too many bogus people in the cosmetic industry, and Lorena asks very clearly what you expect to achieve and what she is actually able to achieve from the results.  I really cannot ask any more of anyone than that!!

“I approached Lorena Oberg because I saw a lot of good reviews and also saw a lot of her work which was amazing. I also knew she taught classes which gave me a lot of confidence and trust in her to remove my horrible dark eyebrow tattoo’s. I also saw that Lorena was involved in a lot of media too which was really impressive.

Lorena was amazing when booking. I was really nervous and the staff spent time with me reassuring me i am in safe hands which helped a lot because I was so nervous about going through with the laser removal. They were all absolutely lovely and helpful!

Now, after two laser removal treatments, my tattooed eyebrows which turned a horrible grey blue have completely gone with no scaring and my eyebrow hairs have grown back fully!! Lorena is amazing. She is so down to earth and you feel so confident and calm in her hands.

I highly recommend Lorena and her business, to anyone who has had their eyebrows tattooed badly or anyone who’s eyebrows have faded to a horrible colour like mine did. Seriously, don’t be nervous. I promise you she is the best.

Thank you so much Lorena. I am lucky I found you. You have given me so much confidence that I can now walk around with no eyebrow pencil on to cover the mess someone else did.”

Semi-Permanent Make-Up Correction
Share this page
Share with FacebookShare with TwitterShare with Google+Share with PinterestShare with LinkedIn
Most Popular Treatments
Recent Posts
Go to Top
Open chat
Want answers NOW?
Powered by
Hello,
How can I help? If you would like to have a free video consultation with Lorena you can use the BOOK NOW button on the upper right hand side. We are doing this during Covid Isolation.
0